Ndoum Hints At The Formation Of A New League 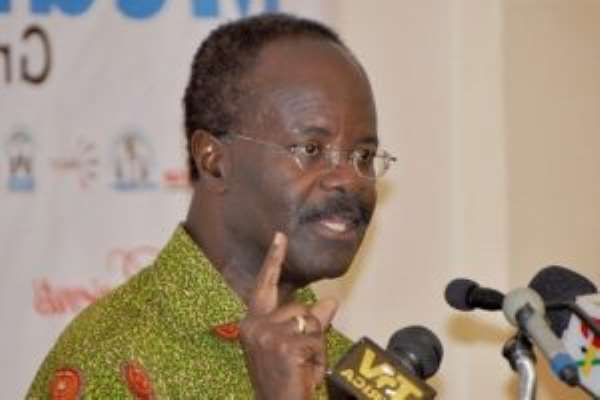 Owner and Bankroller of Elmina Sharks FC Dr.Papa Kwesi Nduom has hinted at the possibility of constituting a private league as an option for clubs that have been hard hit by the freeze on football in the country.

Dr Ndoum was slated to visit FIFA's headquarters in Zurich to discuss necessary reforms for Ghana Football in the wake of the current crisis but was prevented from making the trip by the government.

In the wake of the corruption incidences that were revealed following the airing of the Anas Aremeyaw Anas documentary, the State has placed an interim injunction on all football-related activities in the country.

“Football is a private thing and as a result, there is no one that can stop anyone when a few of us say we are forming a new league.

“But why do we have to go through something significant like that when we reform and restructure.

"Have a rebirth of what is actually there,” he disclosed at a press conference after he had been prevented from travelling to Zurich.

The crisis remains unresolved as the government continues its dialogue with FIFA.