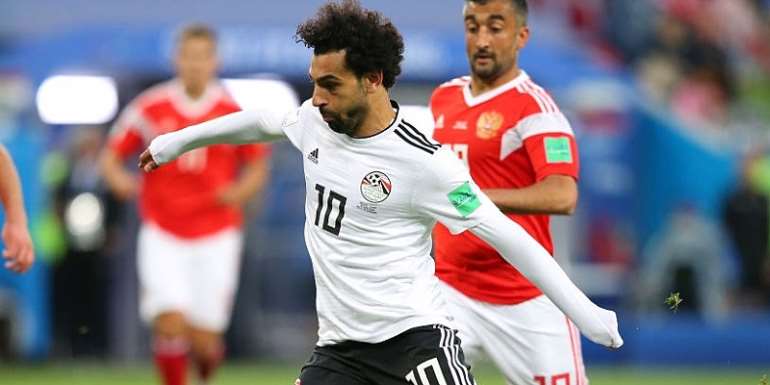 Egypt boss Hector Cuper reflected on what might have been had Mohamed Salah been fully fit in Russia ahead of his country's final game against Saudi Arabia.

Egypt and Saudi Arabia, who face each other in a dead rubber on Monday, were the first to be eliminated from the World Cup after collecting zero points from their opening two games against Uruguay and hosts Russia.

Liverpool forward Salah, whose goal in qualifying sent Egypt to their first World Cup since 1990, missed the 1-0 loss to Uruguay as he had not recovered from the shoulder injury he sustained in the Champions League final last month.

And though he played in the 3-1 defeat to Russia, it was still clearly hindering him as the host nation inflicted another defeat on Egypt.

"There's no doubt Mo Salah has a huge importance on this team," Cuper told a pre-match press conference.

"Had he been fully up to speed in the first match it would have been very important for us, yes.

"But I've always said I don't want to focus too much on a single player."

"We're talking about a whole team here; all players are important."

"Of course, he is a natural-born scorer and he can make the difference in the final third."

"I don't know what would have been."
"That's like looking into a crystal ball."
"If he hadn't been hurt that could certainly have been an advantage for us but he was hurt."

Argentine Cuper refused to say whether this would be his final match in charge of Egypt but did stress he was "at least satisfied" with his team's efforts in Russia.

The African nation have never won a game at a World Cup so Monday's fixture, therefore, represents an opportunity to make history.

"This is an important match because we want to win and finish with a good result," Cuper added.

"We have prepared for it well and we want to represent the Egyptian people and make them happy with a victory."

Salah is the man Saudi Arabia are most mindful of ahead of the fixture, though manager Juan Antonio Pizzi will not task any of his players to man-mark Egypt's chief threat.

"He has huge qualities," Pizzi admitted in his press conference.

"It's not a coincidence that he has had this wonderful career, especially the last year in the Premier League."

"Of course we will take precautionary measures, not specifically just to him but in general terms."

Egypt manager Cuper could be tempted to name 45-year-old backup goalkeeper Essam El-Hadary in his starting line-up, making him the oldest player ever to play at a World Cup finals.

Opta stats
This is the first encounter between Saudi Arabia and Egypt at a tournament since the 1999 Confederations Cup - the Saudis won 5-1 thanks in part to four goals from Marzouk Al-Otaibi and Egypt receiving three red cards.

This will be Egypt's first ever World Cup match against an Asian nation and the third different continent they've faced after Europe and South America.

Each of the last eight goals Egypt have conceded in the World Cup have come in the second half of matches.

The only nation to play more games in the competition without ever recording a victory are Honduras (nine games).

Saudi Arabia are yet to score a goal at the 2018 World Cup - there have only been 11 previous occasions of teams failing to score at a World Cup finals tournament in 3+ games, with Honduras and Algeria the last teams to do this in 2010.

Egypt's Mohamed Salah scored with his only shot on target in a World Cup match in their defeat against Russia last time out.