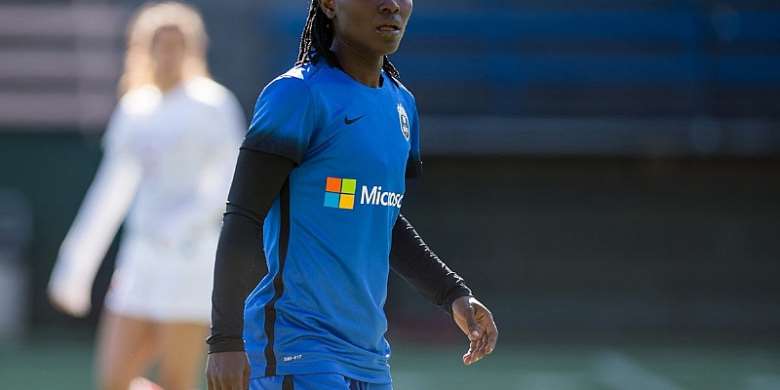 The midfielder was sensational in the middle of the park where she created several chances which were spurned by her teammates.

Elizabeth Addo emerged as the best player on the field despite the defeat.

The Black Queens captain has been able to transfer her brilliant form in Sweden to the States after joining Seattle from Kvarnsvedens IK.

The ex-Black Maidens and Princesses ace is enjoying a wonderful spell in the National Women's Soccer League.

Ama Pele as she is affectionately called because of her dazzling skill and footwork, Addo might be nominated for the best player of the season should she maintain her impressive form for Seattle Reign.

Today's player of the match is Elizabeth Addo! @AmaPele10 was brilliant in the midfield all day and helped create several chances for the offense #LetItReign pic.twitter.com/0OCHksLZEV

Ministry of Youth and Sports directs GFA to dissolve Black S...
42 minutes ago