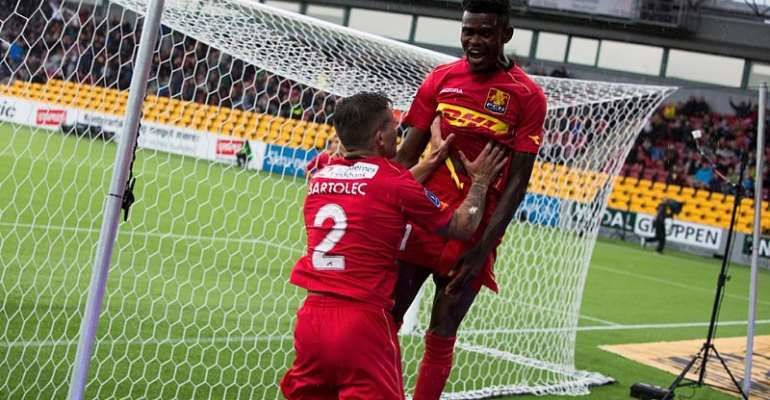 Ghanaian midfielder Godsway Donyoh registered his name on the scoresheet for FC Nordsjaelland in their 4-0 victory over NykÃ¸bing FC in a pre-season friendly encounter on Saturday afternoon.

The Wild Tigers made the Danish lower-tier sidelight of a work as budding hitman Andreas Skov Olsen netted an impressive hat-trick in the first department of the match.

Donyoh completed the rout in the 73rd minute with a sublime strike to hand Coach Kasper Hjulmand's side their first win in the pre-season.

The 23-year-old midfielder enjoyed a fantastic season for the side last term before he suffered an injury setback during the campaign - and has to be sidelined for almost seven months.

He was part of the players Black Stars coach Kwesi Appiah called for the 2019 AFCON qualifier against Ethiopia last year through his club failed to release him.