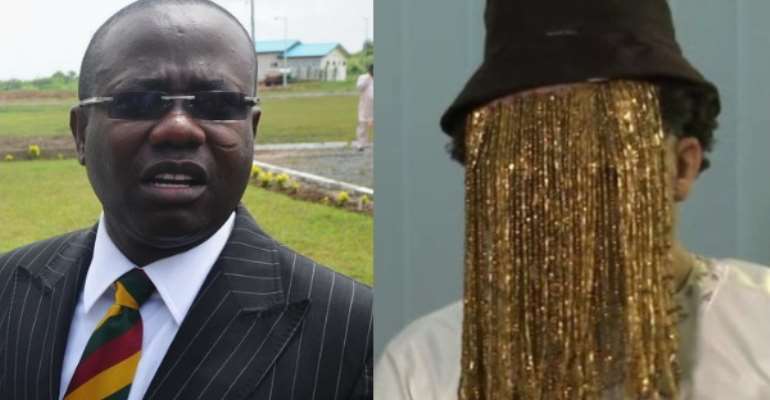 Embattled former president of the Ghana Football Association (GFA) Kwesi Nyantakyi has challenged investigative journalist Anas Aremeyaw Anas to provide proof of the $65,000 he claims to have paid Mr Nyantakyi during a meeting in Dubai.

He has also disputed claims that he travelled on Emirates Airlines on October 17, 2017, at the instance of Anas and his team, stating that he made that journey from Cairo to Dubai on an Egypt Air flight.

In what appears to up the tempo of the public banter between the two following the airing of secret recordings if issues in Ghana football, Mr Nyantakyi said the money, which was only a part of his reimbursement for travel expenses he had incurred, were eight full bundles of $5 notes, making $40,000.

Mr Nyantakyi's spokesman, Dr Martin Luther Obeng, told Daily Graphic on the phone that Anas's insistence on the figure was not enough proof of the claim that he gave $65,000 to Mr Nyantakyi.

His reaction followed a press statement issued by Anas's company Tiger Eye PI in reaction to an eight-page document by Mr Nyantakyi, stating his side of a matter which has since led to his suspension by FIFA and subsequent resignation from all positions in football.

Indeed, the contention has arisen as Tiger Eye PI sought to dispute the former GFA president's submission on the sequence of events and facts related to his controversial meetings with members of the investigative team.

He said records at the two airlines would prove the facts, insisting that Anas's claims were becoming weirder by the day.

Mr Nyantakyi has proven to be the toughest job Anas has done in a checkered career into investigative work.

Despite the public outrage against the once indomitable force in Ghana football, the opposition to the exposé has included questions over the method and style adopted in procuring the tapes.

Member of Parliament for Assin North, Kennedy Agyapong, has been the lead advocate against Anas's work and method, and his public outbursts have produced interesting soundbites on Ghanaian airwaves.