Thomas Boakye Discharged From Hospital After Serious Injury In Sweden 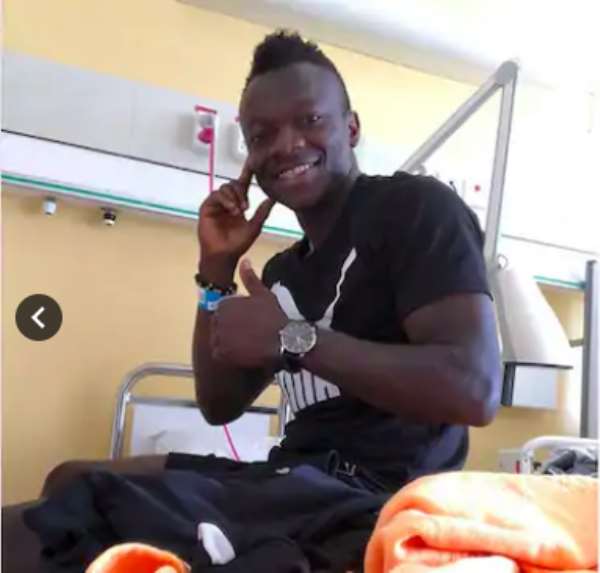 Halmstad have received a boost for their Superettan clash against Brage FC with news midfielder Thomas Boakye returned from hospital after suffering a serious injury last Thursday.

The Ghanaian midfielder was admitted at the hospital in the aftermath of the side's 2-1 win over Helsingborg in the Swedish Superettan league.

The 25-year-old has been discharged from the hospital ahead of their match against Brage FC on Monday.

"I was speechless, but I'm only grateful that the doctors and nurses took care of me yesterday and that I can go without pain and without fear now.'

"He got an unconscious kick in writing and it blew. He was in the hospital but