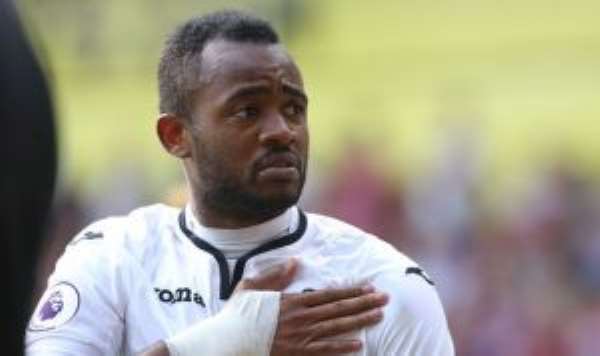 Newcastle United are unlikely to make a move for Ghana international Jordan Ayew this summer.

Ayew has been attracting interest from a number of English Premier League clubs, with Fulham recently seeing their £8m bid for the forward rejected.

The Swansea City man was noted as one of the possible targets for the Magpies who are looking to boost their attacking options ahead of the new Premier League season, but according to ChronicleLive, Newcastle manager Rafa Benitez prefers a more established Premier League forward, and has opted against the Ayew move.

It is believed that there has been no approach so far from the Magpies, with the 26-year-old's agent currently offering the player around various clubs this summer.

Swansea are reportedly holding out for a £13m fee for Ayew, who was the club’s top scorer last season with 11 goals.