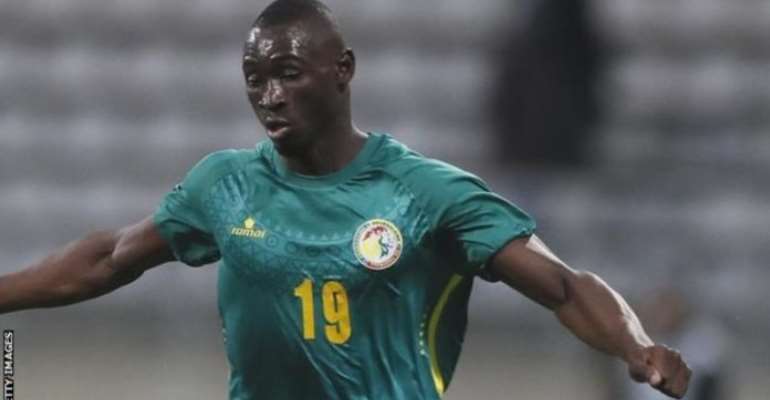 Senegal defender Saliou Ciss has been ruled out of the 2018 World Cup in Russia with an ankle injury.

The 28-year-old left-back suffered the injury in last month’s friendly against Luxembourg and has not recovered sufficiently.

France-based defender Adama Mbengue has been drafted in to replace Ciss in Senegal’s squad.

The Teranga Lions will begin their Russia 2018 campaign against Poland on 19 June in Moscow.

“Saliou Ciss can no longer participate in the World Cup because of a serious injury that occurred during our team’s preparation,” the Senegal Football Federation (FSF) said in a statement.

Mbengue, 24, who was on the four-man standby list, is expected to join the team in Moscow on Sunday.

Teams are only allowed to replace injured players 24 hours before their opening games.

At their first and only World Cup appearance in 2002, Senegal – led by then captain and now coach Aliou Cisse – reached the quarter-finals and beat a star-studded French side in the group stages.

This time around, Senegal will have to get past Poland, Colombia and Japan in Group H of the tournament in Russia.

After their opener against Poland on Tuesday, they will play Japan on 24 June and then Colombia four days later.