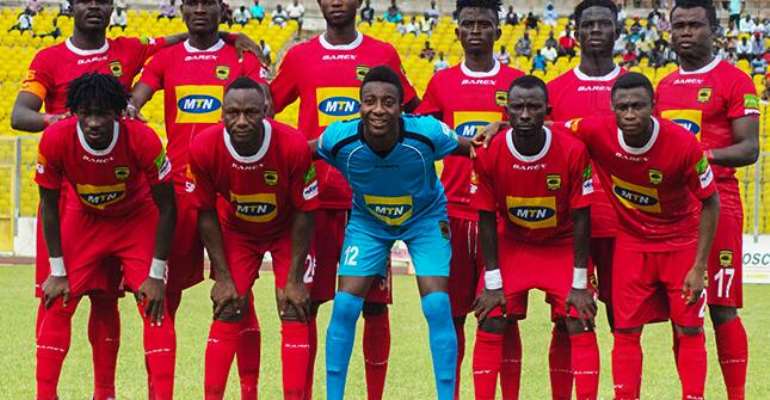 Asante Kotoko have given their players one-week break after the end of the first round of the 2017/2018 Ghana Premier League.

The Porcupine Warriors gave their players the needed break on Wednesday and they will return in a week as they prepare for the second round of the league.

The technical department of the club have given a 1 (one) week break to the playing body. pic.twitter.com/m7GNPcxXtA

At the end f the first round of the Zylofon Cash Premier League, the Reds are occupying the 6th position with 24 points from 15 games.

There is uncertainty surrounding the start of the second round of the Ghana Premier League following the Government’s decision to dissolve the Ghana Football Association after an expose on corruption by ace investigative journalist Anas Aremayaw Anas.

Prof Naana Jane stings NPP on Corruption: 'Not even family i...
14 minutes ago