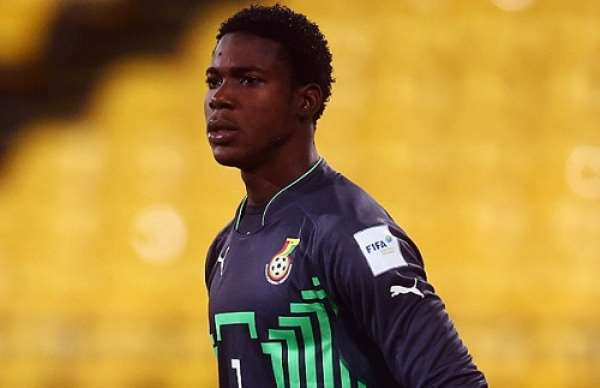 Sochaux goalkeeper Lawrence Ati-Zigi has set his sights on becoming the first choice goalkeeper for the Black Stars.

The 21-year-old is one of the few Ghanaian goalkeepers making waves in Europe, with his superlative performance for French Ligue 2 outfit Sochaux Montbiliard anytime he called upon by coach Peter Zeidler.

Ati-Zigi's display for the Montbiliard-based outfit has not gone unnoticed as he has edged Aduana Stars shot-stopper Joseph Addo to become Ghana's second choice behind Richard Ofori.

'There is a lot of competition in the Black Stars team, every player and every goalkeeper is good, and so you need to work very hard,' Ati-Zigi told Kwese TV.

'Richard Ofori has been incredible for the country and I'm also doing my best as well. Anytime I get the opportunity I'll do my best for the team.

'As I said, to become the number one you need to work very hard and I'm working hard. I hope it will be a dream come true for me,' he added.

Ati-Zigi made his first start for Ghana against Iceland in an international friendly last week.