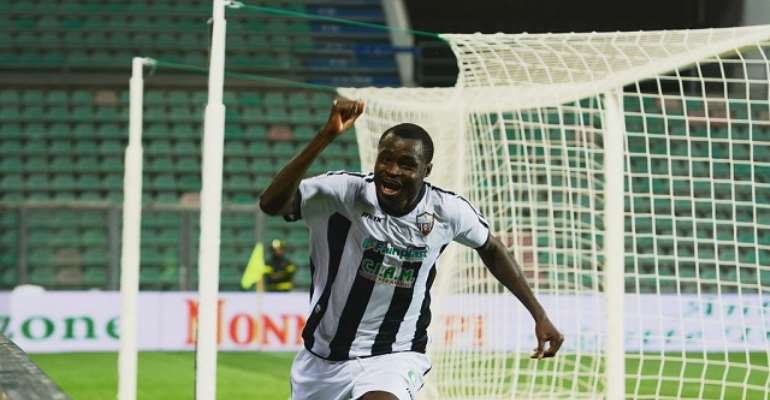 Al Duhail are in the market looking for a central defender and have cited the Ghanaian as a potential signing as they strengthen their position at the top of the Qatari League.

The mega-rich club have had talks with Ascoli over Addae before the Serie B season ended but the deal hit the rocks. According to reports, they have started new talks with the Italian side as they are bent on getting the player.

The Ghanaian's representatives, Lionshare Player Agency are very strong in Qatar as they already hold the rights of Ghanaian-born Qatari attacker Mohammed Muntari who plays for Al Ahli in the Qatari Stars League.

Al Duhail are expected to pay not less than 1.3 million Euros to Ascoli for the signing of the former Ghana Under 20 World Cup winner.