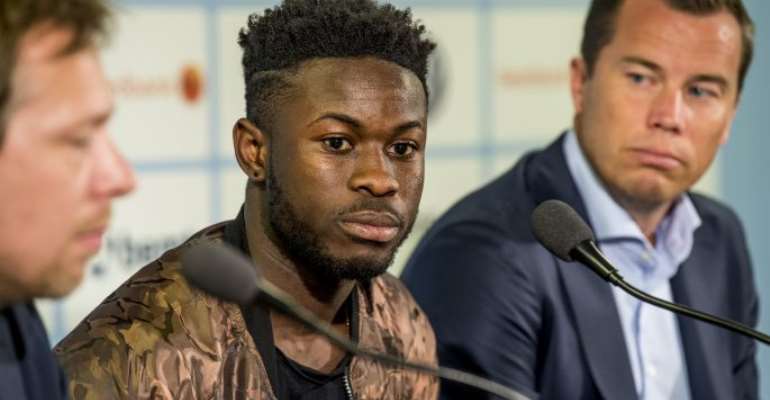 The 23-year old joined Malmo FF in a record deal from IK Sirius last summer following his superlative performance for the Blue and Black lads.

However, the Ghana international's stay in the Malmo has been engulfed in legal cases after he was accused of child rape.

Sarfo had been in cells for some time now after he was charged with defilement in Sweden.

Although he pleaded not guilty to the allegation levelled against him because he didn't know the girl was under-aged, there were claims that the 23-year-old has been involved in several sexual activities against under-aged girls.

But on Friday morning, the beleaguered midfielder was handed two years, eight months jail sentence in Sweden for two child rape counts at a Malmo District Court and will be expelled from Sweden after serving the jail term.