Sports Minister Snubs GHALCA Over Interim GFA, To Forge Ahead With Dissolution 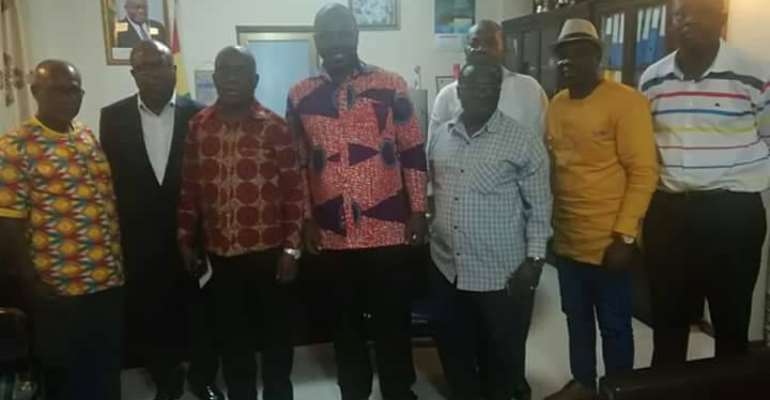 GHALCA's quest to take over the running of the Ghana FA and call for an emergency congress has fallen flat on its face after Sports Minister rejected both proposals.

Isaac Asiamah says the government will go ahead with plans to dissolve the GFA in the court to give them to chance to take over the running of the affairs of the game in the country.

The ministry rejected GHALCA's call for an emergency congress to elect new leadership and Asiamah also slammed the plea to have GHALCA run the affairs of the GFA on an interim basis.

The Ghana League Clubs Association (GHALCA) met the minister Asiamah on Monday night to find solutions to the crisis, that has hit the Ghana Football Association (GFA), following the recently aired 'Anas Expose', which has halted all football activities in the country.

They were to dialogue with the sports minister on the need to allow GHALCA to handle the situation in a bid to bring an everlasting peace to football in the country.

'The clubs today in our emergency meeting have decided as custodians, to handle the matter at hand. We cannot sit unconcerned,' Mr Fiano noted after the meeting.

The former Ashanti Gold CEO noted that after meeting with the sports minister, they were hopeful of having a mutual understanding to pave way for the clubs to handle the issue to bring back a good football to the people of Ghana.

'About 42 representatives voted for this decision and I think it is a step in the right direction' he added.

However, the ministry has stated that they are not interested in those options and will go ahead with their plans.

With the government not funding clubs in the country, it would be interesting to see how they can carry out these plans without drawing the ire of FIFA.