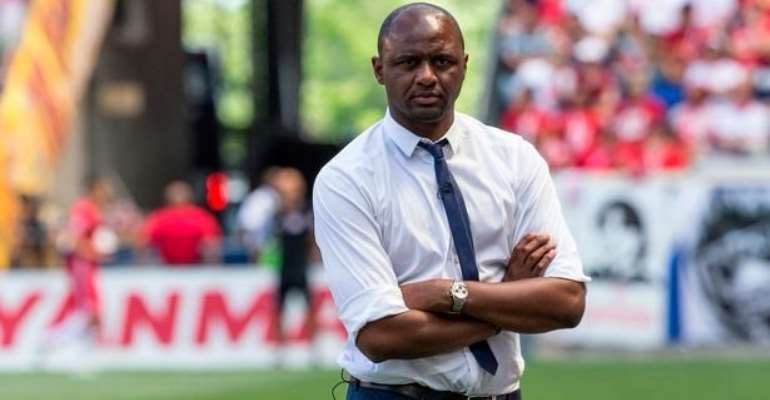 Former Arsenal captain Patrick Vieira has been appointed as the new manager of French Ligue 1 side Nice.

The ex-Manchester City, Inter Milan and Juventus midfielder was in his third season as head coach of New York City.

The 41-year-old had been tipped to replace Arsene Wenger at Arsenal before the appointment of Unai Emery.

"Leaving New York is an incredibly difficult decision for me and my family and one that has not been taken lightly," said Vieira.

Nice finished eighth in Ligue 1 last season, missing out on a Europa League place by one point.

Vieira takes over from Lucien Favre, who was appointed Borussia Dortmund coach in May.

World Cup winner Vieira retired at Manchester City aged 35 in 2011 and was named a football development executive with the Premier League club.

In 2015, Vieira left his role as head coach of Manchester City's Under-21s after signing a three-year contract with New York City.

The Major League Soccer side are part of the City Football Group founded by Manchester City owner Sheikh Mansour.