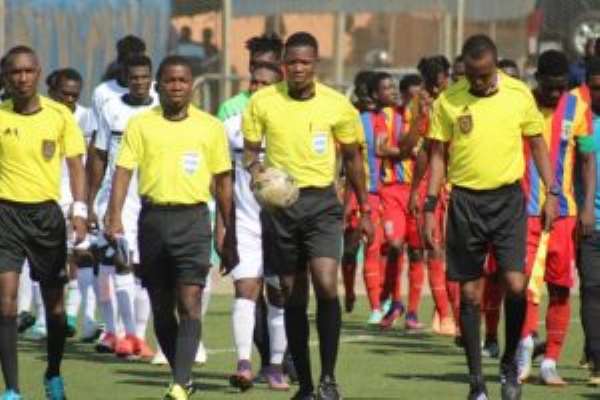 The Ghana Football Association (GFA) has postponed all football matches in the country until further notice.

A statement on the association's website said: “This is as a result of a directive from the government of Ghana.”

The GFA is currently under fire because some of its top officials and referees were captured in a documentary by investigative journalist, Anas Aremeyaw Anas, taking bribes to fix matches.

President of GFA, Nyantakyi resigned on Friday because he was also indicted in the video.

Prior to that Nyantakyi was given a 90-day ban by FIFA.

GFA to be dissolved
Outraged by the revelations, the government in a statement from the Information Ministry said it is taking steps to dissolve the GFA .

“Government is shocked and outrage at the contents of the recently-aired video documentary, which captures the investigation conducted into football administration by the journalist, Anas Aremeyaw Anas, titled 'Number 12: When Misconduct and Greed become the Norm.'”

Zylofon Cash sponsors Ghana Premier League
The GFA recently got a five-year sponsorship deal from Zylofon Cash, a subsidiary of the Zylofon Group.

Although the financial details of the deal is unknown, there are reports that it might be worth $10 million.