Albert Adomah Could Be Heading Back To Middlesbrough From Aston Villa 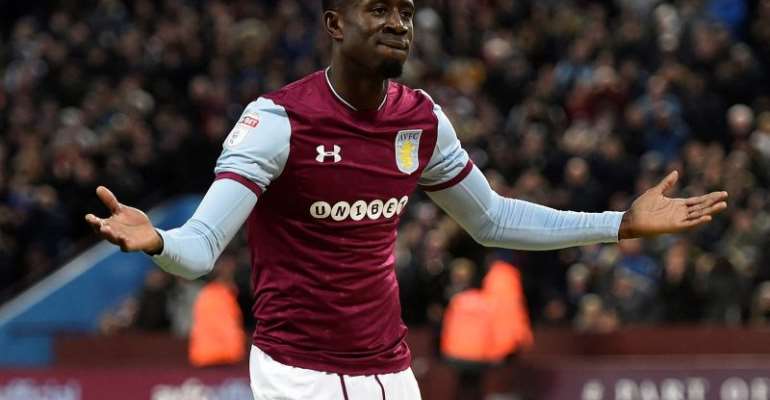 Middlesbrough are reportedly considering a move to bring back Albert Adomah to the club in the summer window.

The Ghana international enjoyed a hugely successful campaign with Aston Villa in the just ended English Championship - scoring 15 goals in 43 appearances in all competitions.

According to reports in the UK, Adomah is reported to be inching closer to a return to the Riverside Stadium.

Middlesbrough manager Tony Pulis is reported to have made the 30-year-old his prime target in the summer window as he looks to bolster his attacking ranks ahead of next season.

The news will come as a blow to Bristol City fans who hoped to see the winger return to Ashton Gate after he left for the Riverside in 2013.

He spent three successful years at Boro before a falling out with Aitor Karanka saw him move to Villa.

Adomah made a cameo appearance for Ghana in their 2-2 draw against 2018 World Cup-bound Iceland in an international friendly on Thursday evening.