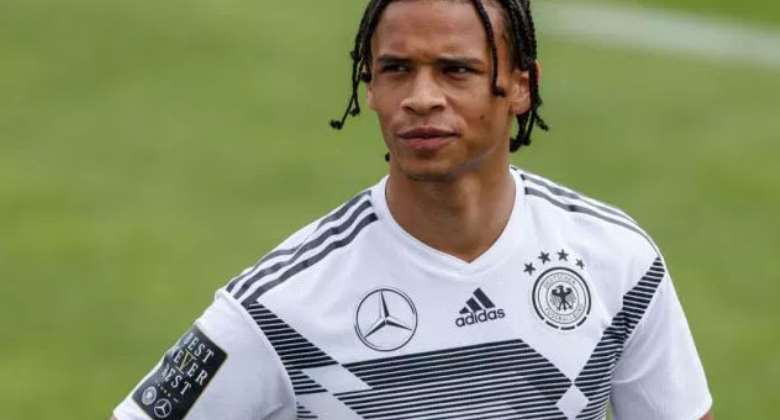 Former Germany captain, Michael Ballack, does not believe there is any “sporting reason” behind Leroy Sane’s omission from the 2018 World Cup squad.

Sane’s hopes of announcing himself as one of the upcoming stars in world football in Russia this summer were dashed by Germany head coach, Joachim Low, earlier this week after the Manchester City attacker was not named among the title holders’ final 23-man squad for the tournament.

“He’s shown all his qualities and could have been a big influence at the World Cup with his abilities,” Ballack said at a PR event. “I was really looking forward to seeing such a player at this tournament.”

Low explained, following Sane’s omission, that Leverkusen forward Julian Brandt beat the former Schalke player on the ticket to the World Cup in a “photo finish,” but Ballack said he could also imagine other reasons behind Sane’s absence at the tournament.

“I can’t really see any sporting reasons behind it. Forget it; there is no photo finish for me. The position Julian Brandt plays in, you need a lot of fantasy to believe this. He’s just not on Sane’s level. Sane plays for a bigger club plays alongside better players.”

Ballack also had his say on former club Chelsea, who have made an unconvincing start to the summer with Antonio Conte’s future still unresolved and significant progress yet to be made in the transfer market.