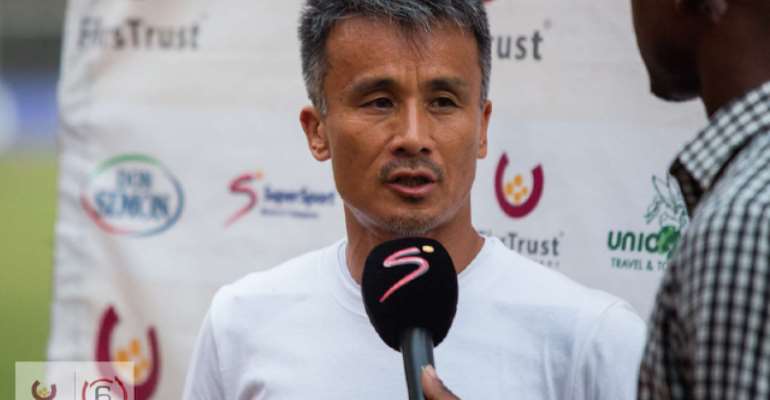 Former Hearts of Oak Coach, Kenichi Yatsuhashi led his new side Inter Allies to beat glorious Accra Hearts of Oak by a goal to nothing.

The Japanese trainer sent a touching message to his former employers prior to this match to express his love for the club and his appreciation to the Phobia fans for their support whiles he was coaching the club.

Hearts of oak went into this game looking to pick up all three points after failing to record a win in their previous two matches in the Zylofon Cash Ghana Premier League.

Unfortunately, Inter Allies had too much in the locker as the held the Accra based club at their home grounds to pick up maximum points.

A game which started with good intensity did not produce a lot of goals as the two side met face to face. Twenty minutes into the first half, goalkeeper for Hearts of Oak was left helpless as Richard Lamptey curled his shot into the left top corner.

All efforts to try and draw level with the hope of getting the winner if possible proved futile as the game ended a goal to nothing at the end of the 90 minutes.

Next up Inter Allies will travel to far away Anyinase to play newcomers Karela United for the final match of the first round. Hearts will also play host to league leaders Medeama.