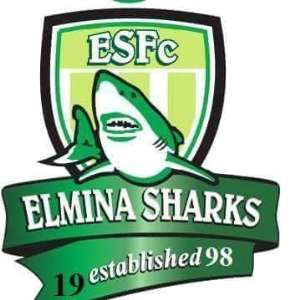 Elmina Sharks played a one all draw with Berekum Chelsea on Sunday in a home game which was played away from home at the Baba Yara Sports Stadium.

Berekum Chelsea had to play their home match away from home because of a three-match home ban they are serving in the Ghana Premier League.

Chelsea were hoping to go home with all three points following a run of inconsistencies in the ongoing League season. Having just won one game in their last five matches and losing all of their last two games.

On the other hand, a determined Elmina Sharks had gone nine matches without losing after their matchday one loss to newcomers Dreams FC at Dawu. Following today’s hard-earned draw, Papa Kwasi Nduom’s team have now gone an impressive ten (10) matches without losing. During that period, they have come up against the following teams;

The team from Elmina now has eighteen points after 11 games, with one outstanding match to spare and just three points behind league leaders Ashanti Gold.