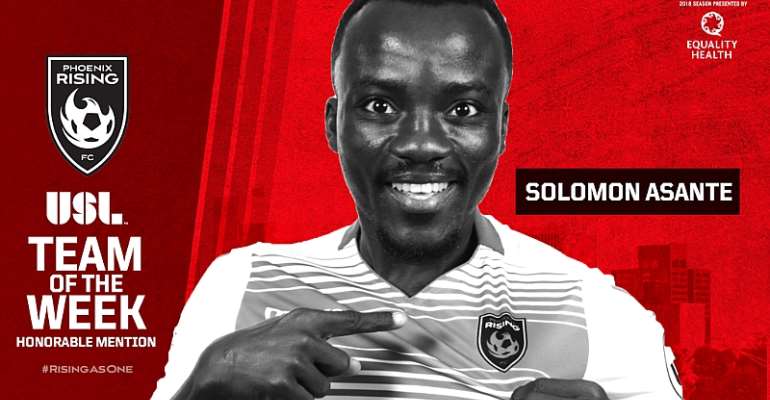 Solomon had the assist on Alessandro Riggi's match-equalizing goal during the club's 1-1 draw with Fresno FC last Saturday night.

This is the sixth week out of seven that a Phoenix Rising FC player has been recognized by the league.

This marks Asante's fourth time being honoured by the league.

He was twice-named a Team of the Week Honorable Mention in Week 1 and Week 3.

Last week, he was named to the USL Team of the Week for Week 6.

Asante was also nominated for USL Player of the Month for his performances in the month of March.

Phoenix Rising returns home this Friday, May 4, to square off against Los Angeles Galaxy II.