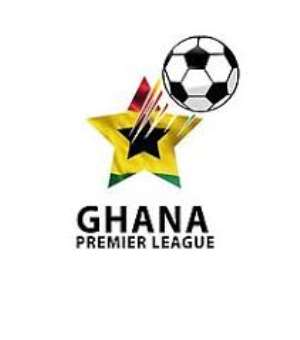 All matches for the ongoing Ghana Premier League 2017/2018 season has been played successfully. The games were played from Friday, 27th of April through to Sunday 29th April where the super clash was played. The fixtures produced some mind blowing results with Dreams FC winning in a five goal thriller match, league leaders Ashanti Gold being pipped on the road and Fabulous losing to their Sworn Enemies Phobia

First of at the Dormaa Park, Aduana Stars played a one all draw with Berekum Chelsea in their own backyard. The Fire boys having lost to Dreams fc prior to this particular fixture, were looking to bounce back with a win but could not get away with all three points as they conceded through a Stephen Amankona goal on the 67th minute before Emmanuel Akuoko equalized to get a point for them.

On Saturday, West African Football Academy (WAFA) hammered Dreams Fc by five goal as the new comers struggled to match up with the Academy boys. Playing the Sogakope Park, WAFA took an early lead on the 3rd minute when Justice Amate found the back of the net. Richard Danso also equalized on the 40th minute to give the Academy boys a comfortable lead going to halftime. In the second half, Charles Boateng bagged a brace whiles Augustine Boakye scored one ensure that WAFA disciplined Dreams fc.

Elsewhere, Kenichi Yatsuashi led Inter Allies to a deserved victory as they put two past Ebusua Dwarfs. New signing Victorien Adebayor and George Amonoo were the scorers on the day. The win now puts Inter Allies on 5th position with 15 points whereas Ebusua Dwarfs drop to the 14th position just two points above Wa All Stars who are last on the league log.

Karela fc lost for the first time after five games when they were edged by a goal to nil by Bechem United. Daniel Egyin’s goal guaranteed all three points went to the home team.

Medeama hosted Ashanti Gold at the Tarkwa T&A park in a controversial game that ended two one in favor of the home team. The game seemed to be heading to a draw before a late penalty converted by Akwasi Donsu handed all three points to Medeama.

Wa All stars travelled to play Liberty Professionals at the Carl Reindorf Park but still could not record a win after losing four matches in a row. The game ended one all with Francis Owusu scoring from the penalty spot for Liberty and Jeffrey Degorl scoring for Wa All Stars.

Richard Mpong netted the decisive goal for Elmina Sharks at the Nduom Stadium when they came up against Techiman Eleven Wonders in their match week 10 fixture.

On Sunday, the super clash match between Kumasi Asante Kotoko and Accra proved to be the icing on the cake to climax thrilling match week 10 matches. It was the first time the two came up against each other in the ongoing season and it is fair to say the game in no way disappointed. The stadium was charged even though it was not filled to capacity. The first half ended in a goalless draw even though both teams had good opportunities to score. Some end to end action and a couple of beautiful displays could not produce any goal until Patrick Razak scored a stunning goal inside the 18 yard box on the 67th minute to hand the Phobians all three points.

My father died of COVID-19; I didn’t hide his travel history...
44 minutes ago