My greatest fear is to fly - Abedi 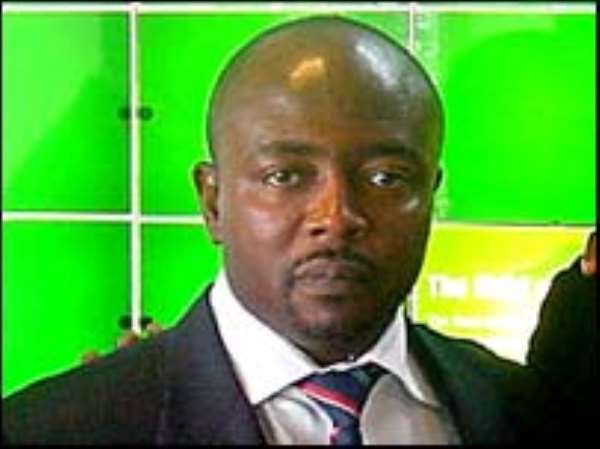 May be death? No, I think my greatest fear is to fly. I fear the plane. Any time I board a flight, I just get scared. I am not sure if it is out of fear of dying from a crash, but what I know is that I just hate flying.

What I learnt from my hero

The person who inspired me the most is not somebody anybody would expect. He was a local footballer in Ghana. His name is Mohammed Bolo. He was the greatest. He was a dribbling magician, I tell you. He could do anything with the ball. When he was playing in the 60s and 70s, I was just a little boy, and I would go to the stadium and say, "I would like to play like this guy". But growing up, I realised that he could only play with his left foot. He could not head the ball, he couldn't shoot well with the other foot and he could not defend. So, I said to myself that if I practised to make it possible for me to use both my feet well, and my head and defend, then I could be the greatest.

So I started defending and working very hard in the game, shooting with both legs, scoring with my head, and going flat out to perfect my skills. I then became a complete player. I can therefore say that these are the things that I learnt because of him.

How I would live my life if time was rewound

I would not change anything. I am very happy with what I have done and the life that I have led so far. If I were to go back, I would do it the same way.

It is very difficult to say I have time to relax because I am always on the move, travelling, and when I am in Ghana, then I have meetings - one after another. At three o'clock everyday, I have to make sure I am on the football pitch with the children I train. They are always waiting for me. I will therefore say that my only free time is when I am on my bed. That is where I lie down and reflect on the events of the day - what I have done and the things I need to do. This happens either late afternoon after the training if I decide to take a nap, or in the night when I finally retire.

How I handle disappointment

First, I look at it from the point of view that disappointments happen to everybody. I then try to tell myself, "look, it has happened, let's continue, the future is bright, we are alive, we are strong, we are not sick, so let's move on. The sky is the limit."

I like songs by 50Cent, which my friend here (Ponga Liwewe, SuperSport Africa Communications Manager and TV personality) doesn't like much, and those by Aretha Franklin. Candy Shop, Which is 50Cent hit, is one of my favourites. There are several other musicians I listen to.

The trait I most admire in people

I admire tolerance. And for that I look up to people like Nelson Mandela. I like the way he handled the Apartheid situation in his country. He displayed a lot of tolerance, and avoided blowing things out of proportion. Spending more than 20 years in prison and not being revengeful is something to admire.

The habit I mostly detest

I am a type of person who tries to look at things positively. If someone has bad habits, I try not to see them. I try to look at his negative habit with a positive mind in order to get along. I don't like to judge people. We all make mistakes.

It is about my club. I want to take my club to the premiership and then to win the Africa Champions' League in future. This is something I am dreaming of and I hope that I will succeed in doing it. It is a task ahead of me, and it is the challenge that I would like to fulfil.