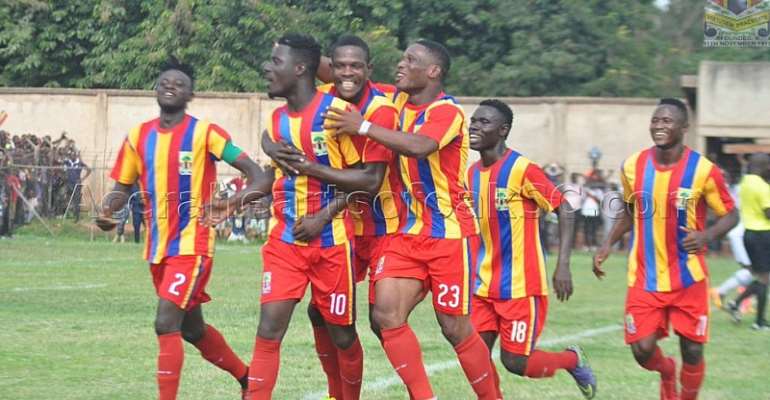 Accra Hearts Of Oak were unable to take all three points from their match week nine game where they came up against Bechem United. The match which was played at the Baba Yara sports stadium ended in a one all draw yesterday.

Hearts went into this game with high expectations looking to secure their first three points in two weeks. Prior to this game, the Phobians had played one home and one away match but had not been able to record a win.

They lost last weekend in a match week seven fixture when they played Elmina Sharks at home. Again in a midweek fixture for match week eight, they were beaten mercilessly by new boys, Karela United.

It is unclear at this stage what the problem really is for the Accra based club as they continue to struggle in the Ghana Premier League. After playing nine games this season, they have been able to lose as many matches as they have been able to win. Hearts of oak has won three matches, lost three and drawn three as well.

Out of a total of twenty-seven points, the rainbow boys have only been able to accrue eleven points. This means they have thrown away a hooping sixteen points after the nine games they have played so far.

Hearts are currently without head coach Henry Wellington due to health issues. Assistant coach, Edward Nii Odoom has been on the touchline for the club in their last two matches but has not been able to bring life to the turn.

Next stop, Hearts of Oak will come up against their better rivals Kumasi Asante Kotoko for the Ghanaians version of the El Classico.

Hearts of needs to get back to winning ways as soon as possible if they wish to get something out of the ongoing season.