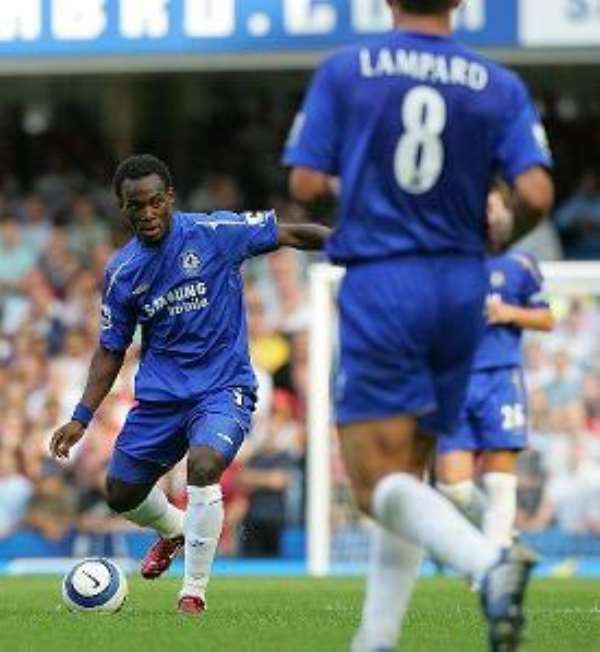 MICHAEL ESSIEN makes his first Chelsea start tonight warning he will be the new hard man of the Premiership - and admitting he tackles like a madman.

The club record £24.4million signing from Lyon made his bow from the bench in Sunday's showdown with Arsenal.

But the 22-year-old will start against West Brom at Stamford Bridge vowing that he will prove why he was seen as the most intimidating midfielder in French football.

Essien said: "I've no idea if opponents are scared when they go into a clash with me but when I go into a tackle I'm ready for it, whatever the consequences.

"I am never afraid of a duel. At training, the Lyon guys used to say they had to be careful when I was around.

"Paul Le Guen, my coach at Lyon last season, told me to calm down. Then I was sent off against Monaco for a late foul on Mohamed Kallon. I felt terrible and when I saw the images on TV, I said to myself: 'That's just mad'."

Jose Mourinho wants to harness that madness. And Essien is aiming to make the same impact at the Bridge as another Ghana-born star, former skipper Marcel Desailly.

"Marcel has always been a hero of mine," he told ZOO magazine. "I'd love to achieve as much as he did for Chelsea."