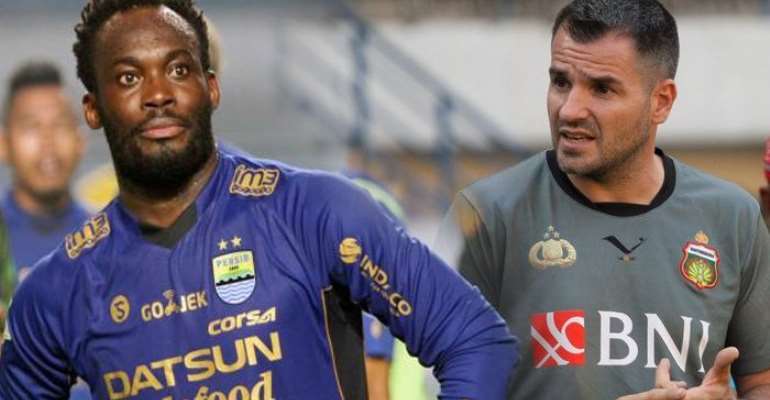 Bhayangkara FC coach Simon McMenemy expressed his opinion on the number of former English Premier League players who have been acquired as 'marquee signings' by clubs in the Indonesia top-flight league.

There are a number of former English Premier players plying their trade in the Indonesian Premier division, but not many have been able to hit their stride in the championship.

"The Premier League players may be like a marquee player in last season."

"Maybe marquee player in the Indonesian League cannot work well because they can see that they are already players who have gone down from the golden period is not picked again," he said.

"They've been a bit down and in the League of Indonesia are required to work very hard."

"And those at the age of slowing down like Carlton Cole when it comes here and also Essien is pretty decent but not yet like the quality of players from the Premier League and there are many more examples," he added.

"And if they do not perform that big pressure from the fans, the media, from the clubs themselves, so the pressure is huge," McMenemy concluded.