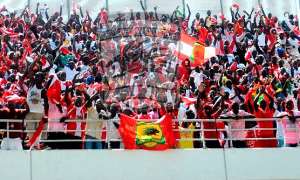 Asante Kotoko fans are calling on management to come clear with what triggered the decision to sack coach Steven Polack.

The English trainer was relieved of his post last Friday but there was no reason for his dismissal. There are suggestions Polack was fired due to the club's poor performance in this year's CAF Confederation Cup.

Kotoko were bundled out of the competition in the first round by CARA Brazzaville and barely 48 hours later, the club released a statement to confirm the firing of Polack, whose contract was extended by a year last November.

Although a new coach Paa Kwesi Fabin has been appointed, Nana Kwame Dankwa, who is an executive of the Great Accra Circles Council wants the Dr Kwame Kyei-led administration to come clean.

''Polack was given a probation period of six months to serve as Kotoko coach so after the season if he was not performing why do we hand him a new contract?'' An unhappy Dankwa quizzed.

He continued, ''It is the same management that extended his contract. so if the management had confidence in the coach to extend his deal what has changed now?''

''For me, the fire service approach to the issues of Kotoko is not helping the club. we don't have to rush in making certain decisions.''

Polack was appointed coach of the club nine months ago. He was poached from Berekum Chelsea to replace Zdravko Lugarusic

He won the MTN FA Cup and guided Kotoko to a fifth-place finish last season.