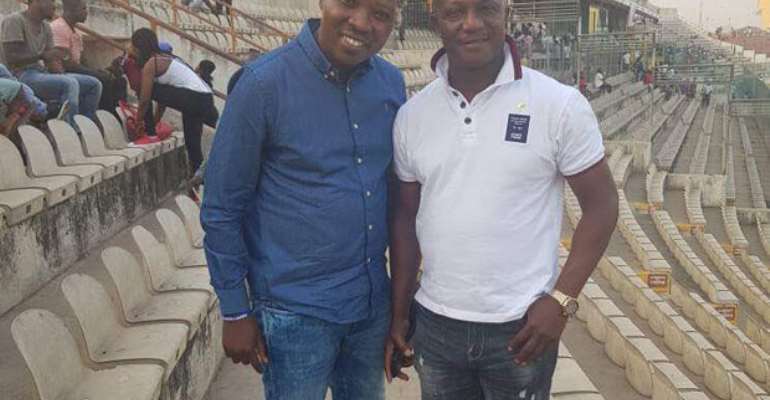 Chief Executive Officer of Charger Enterprise & Money Lending Services, Emmanuel Bortey Borketey says if there is something that has robbed the country of many talents, then, it is lack of sponsorship.

He told this writer at his Doboro office on Wednesday that the phenomenon has been the killer of dreams of many youths.

And using himself as a classical example, the young entrepreneur mentioned that he was once a victim of the phenomenon, which denied him of reaching his full athletic potential.

At his peak, he wrote his name in gold at the national level, when he raced alongside greats like Leo Myers Mills, Aziz Zakari, among others, but fizzled out along the line due to lack of sponsorship at the time.

As a result, he has appealed to corporate Ghana to rally behind the youth in the country by way of sponsorship to realize their full potential in their various fields of endeavour.

“I challenged myself thereafter to support the youth who show promise and have potentials of making an impact in society, of course, with the little God has blessed me with.

“We are supporting football because it provides employment opportunities for many. We have been organizing the Happy Man inter-community gala, we are sponsoring Paga Crocodile Stars, a Division One side and we organise Happy Man Community Cup to unearth talents.

“With support from coach Kwesi Appiah and Opoku Nti, we identified three talents(players) which the company aims at pushing to the highest level, and like natural resources-gold, timber; football also brings the country foreign exchange, hence our support.”

Charger Enterprise Limited, producers of Happy Man Bitters have sponsored many sporting events since 2012 and one of the key sponsors of Aduana Stars, Ghana's sole representative in Africa (CAF Champions League).