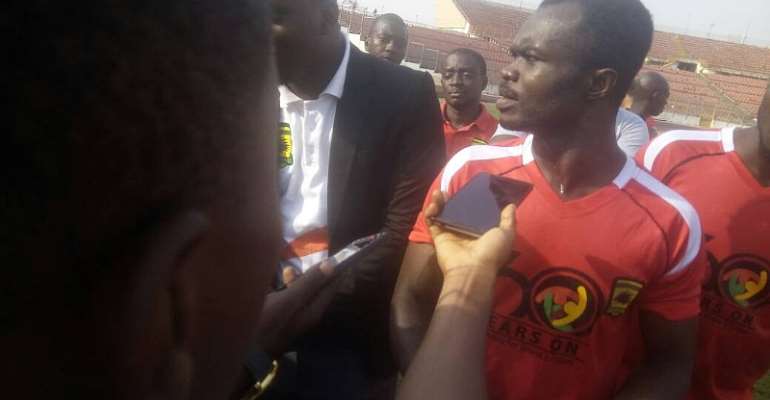 The Kumasi Metropolitan Assembly (KMA) on Friday, February 9, made a cash donation to Asante Kotoko ahead of their CAF Confederation Cup clash with CARA Brazzaville.

The MTN FA Cup champions will host the Brazzaville based club at the Baba Yara Sports Stadium on Sunday in the first league in the preliminary round of the competition.

KMA visited the team's training at the Baba Yara Stadium and handed them an appreciable sum of GH¢5,000.

Communications Director of the club, Obed Acheampong received the money on behalf of the club.