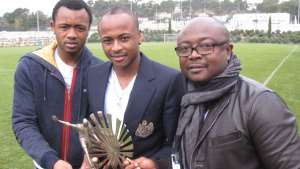 His father, Abedi Pele, is a three-time African Player of the Year and won the 1993 Champions League with Marseille.

"He's happy. Even when I was leaving [in 2016] he wasn't for me leaving Swansea that season," said Ayew.

"He didn't really want me to leave but football things happen and decisions are made.

"When I had the choice to come back here or go to other places, he said, 'I think you should go back to Swansea'. That was his advice."

Ayew could start for Swansea in their home match against Burnley on Saturday, 17 months after leaving south Wales for West Ham.

His return will be a particular source of pride for Abedi Pele because he will be playing alongside his brother and fellow Swans striker Jordan Ayew, for the first time since they played together at Marseille in 2013.

"I looked at options, but I felt like my job here wasn't yet done," Andre Ayew added.

"I left Swansea with a great feeling and the relationship I had with the fans was unbelievable. I felt that the club has what it takes to stay up, and I can add something to that." 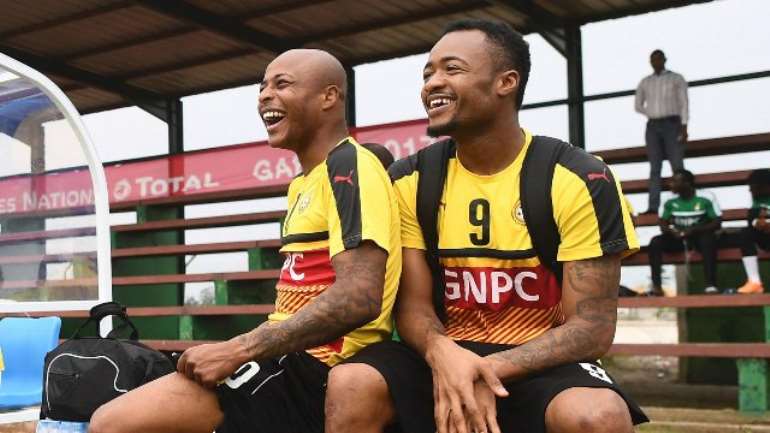 'Not a major factor'

The brothers have been on opposing sides since they left Marseille, for Swansea, West Ham and Aston Villa.

Despite his father's advice, Ayew said the chance to link again with his brother was not a major factor in his decision.

"The relationship I had [with Swansea] was something special."

Ayew and Wales midfielder Andy King are both available for the first time since their deadline-day arrivals as the Swans look to sustain their momentum after just one defeat in 10 games under Carvalhal.

The Swans have lifted themselves out of the relegation zone but their injury problems continue to grow.

Leroy Fer (Achilles) and Wilfried Bony (ligament injury) are both ruled out for the rest of the season, while Portuguese midfielder Renato Sanches is sidelined with a hamstring problem.

And although Leon Britton's groin injury is expected to improve with an injection, Carvalhal revealed veteran defender Angel Rangel is facing surgery on a groin problem.

Rangel signed for Swansea in 2007 and, despite making only one league appearance this season has played 371 games for the Swans, scoring 10 goals.