Man Utd and Arsenal in for Essien 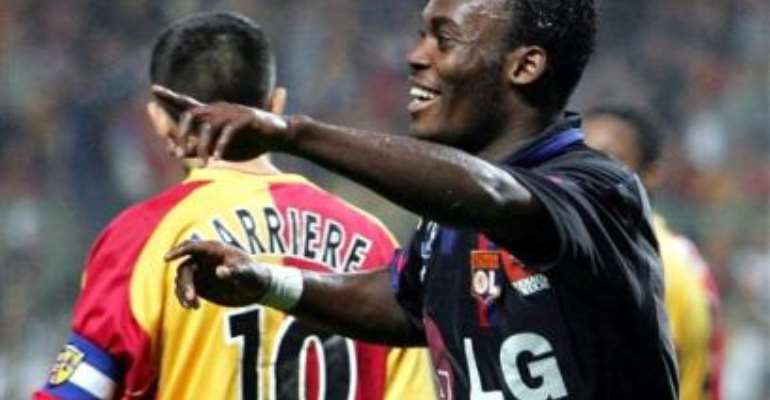 Lyon president Jean-Michel Aulas has claimed Arsenal and Manchester United want to beat Chelsea to the signature of midfielder Michael Essien. He suggests Arsenal want Essien, 22, after failing to sign Julio Baptista as a replacement for Patrick Vieira.
Aulas said: "The longer Chelsea take to make up their minds, the more exposed they are to a bid from another English club who have lost a key midfielder.
"Essien is a bit mixed-up. Manchester United are after the player as well."
Chelsea have been chasing the Ghanaian after missing out on a deal for Liverpool's Steven Gerrard but the French champions have slapped a £32m price tag on him.
But Arsenal's interest has increased after Baptista's move from Sevilla to Real Madrid.
The Gunners are keen to move into the transfer market following Vieira's departure to Juventus, with Baptista their first target.
Boss Arsene Wenger was reportedly looking at converting the Brazilian into a midfielder to plug the gap left by Vieira, but is now looking at Essien as a direct replacement for the influential Frenchman.
United, meanwhile, will see Essien as a replacement for Roy Keane, who is approaching his 34th birthday.
Both clubs have funds available, but will not be able to match Chelsea's spending power.
Aulas added: "It's annoying to lose one of the best players in Europe but he has not gone yet.
"As far as recruiting is concerned, if manager Gerard Houllier needs reinforcements we will do what is necessary over the next period of the transfer window."

Akufo-Addo not bound to nominate recommended MMDCE hopefuls ...
51 minutes ago