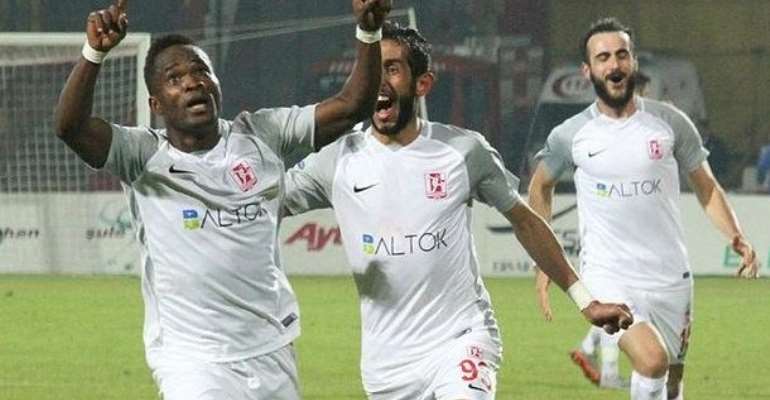 Ghanaian striker Mahatma Otoo has scored his 10th league goal in the ongoing season for Balikesirspor in their 2-0 win against Erzurum BB in the Turkish Lig 2 on Friday.

The bulky striker shot his side into the lead in the 37th minute before Sahinturk doubled their advantage in the second half to secure the maximum points.

Balikesirspor are currently sitting on one of the promotion play-offs spots in 5th position with 17 matches to go.

The former Hearts of Oak striker is joint second on the goal king chart with teammate and strikes partner Ozgen A, only Rizespor striker Samudio Braian has more with 11 goals to his credit after 19 matches played.