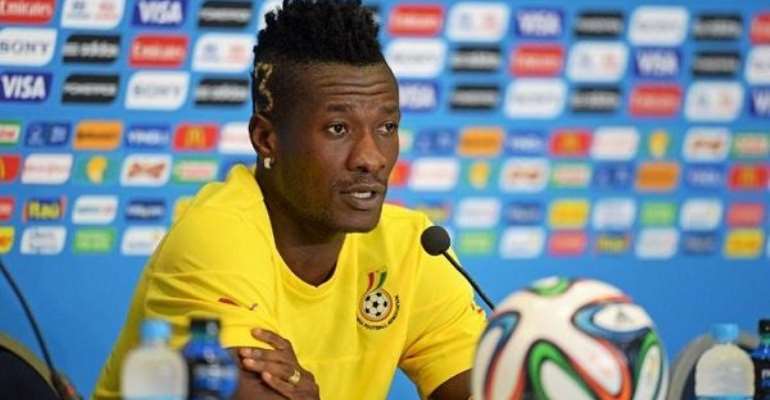 Black Stars captain, Asamoah Gyan has reiterated that he is not moved by persistent attacks by his detractors as he is more concentrated on giving his all for the national team.

The former Sunderland striker took to his official Instagram page, Wednesday night, to debunk allegations of him using black magic to destroy other players in the team to his advantage.

Gyan, however, has advised players, who go round spreading those false allegations, to spend time, work hard and improve because he, Gyan, won't stoop so low to use black magic on players that are not on his level.

''A player will say he is not progressing because his teammate cast a spell or used Juju (black magic) [on him]. But that player should ask himself if he has more qualities than whoever he is [accusing],'' Gyan said furiously.

''For example, if I want to do something [use black magic] on somebody then the person should be higher than me not someone who's not at my level.''

''People think I will be distracted when they accuse me but am more focused. You cannot distract me and you cannot destroy the job God has given me to do.

"I have always proven to be tough mentally. The day I lost my mom, I played and scored two goals so is not about you are saying.''

Gyan also responded to retired players, who often question his commitment to the national team.

According to the Kayserispor man, he has been and continues to be, the most consistent player in the Black Stars since he made his debut in 2003, so instead of them criticising, they should rather offer him support.

Asamoah Gyan made his international debut at the age of 17, scoring against Somalia on 19 November 2003 in the 90th minute.

He is Africa's all-time top scorer at the FIFA World Cup with six goals and also Ghana's all-time leading scorer with 51 goals.

This comes when Prince Tagoe and renowned television broadcaster, Nana Aba Anamoah insisted that Gyan does not deserve to captain the Black Stars.