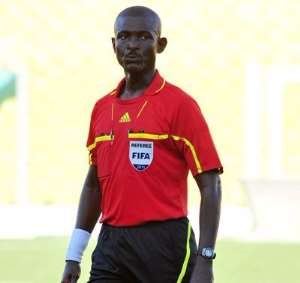 FIFA has taken note of the motivated arbitral award of the Court of Arbitration for Sport (CAS) confirming the lifetime ban imposed by FIFA’s Disciplinary and Appeal Committees on Ghanaian match official Joseph Odartei Lamptey.

In its ruling, CAS concluded that Mr Lamptey had intentionally taken two wrong decisions with the sole purpose of enabling a specific number of goals to be scored that would make pertinent bets successful. CAS concluded that there was an obvious link between these intentionally wrong decisions and a deviation from an expected betting pattern and consequently found Mr Lamptey guilty of having unlawfully influenced the result of the match.

This CAS decision underlines FIFA’s commitment to protecting the integrity of football and its zero-tolerance policy on match manipulation, while also highlighting the effectiveness of its current agreement with Sportradar that uses their Fraud Detection System, which played an important role in this case.