Daniel Amartey: The Performance That Could Change His Leicester Destiny 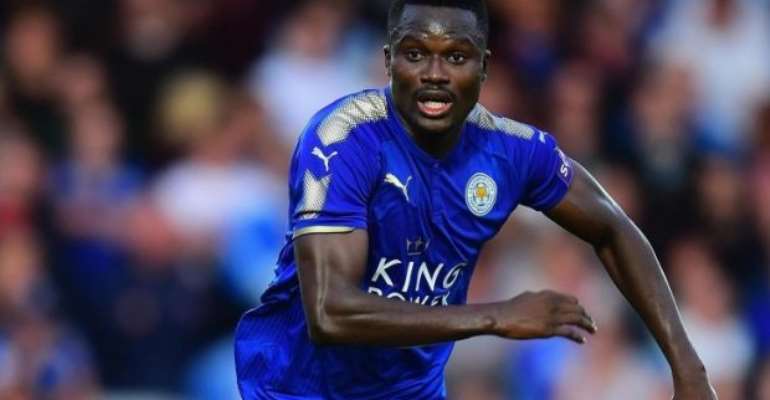 It's been a very tough year and a half for Ghana defender Daniel Amartey at Leicester City. He was brought in by former coach Claudio Ranieri halfway through Leicester City's championship-winning season as a possible long-term replacement for their ageing captain Wes Morgan but the story definitely hasn't gone as planned.

He has since been used as a makeshift backup defensive midfielder and right back with no Leicester manager between that period prepared to give him a crack at his preferred centre-back position and many have argued that his versatility has been his undoing at the club.

When first-team right-back Danny Simpson was stretched off in Leicester's 2-2 draw with Man United a few weeks ago, it looked like an opportunity for Amartey to finally have a crack at an extended run in the first team, even if it was at right back, but Amartey only made the situation worse after getting sent off after being on the field for just 13 minutes.

Amartey was earlier this week linked with a loan deal to English Championship side Aston Villa, and the backlash those links received from the Villa faithful showed how far the defender had fallen in terms of his reputation in England.

It has been clearly established that the Ghanaian has it all to do if he wants to convince current Leicester manager Claude Puel that he has what it takes to succeed in the premier league, and the performance against Chelsea on Saturday was certainly a positive way to stake a claim for a more regular spot in the team.

Amartey was a rock at right back as his Leicester City side held Chelsea to a goalless draw at Stamford Bridge on Saturday. The 23-year-old was tasked with keeping Chelsea's Eden Hazard at bay and he executed his assignment to the letter.

His composure on and off the ball was reminiscent of that of great Brazilian full-back Cafu, and it was very impressive watching a player who was seemingly being played out of position virtually pocket a player of Hazard's quality for his entire duration on the pitch.

The fear of many before the game concerning Amartey was how he would be able to keep his discipline especially against the constant threat of Chelsea's left wingback Marcos Alonso, as well as Hazard, and Amartey duly delivered sailing through the game without even a booking.

Amartey was heavily involved in the game and his incredible 70 touches throughout the game was the third highest in the Leicester setup behind Riyad Mahrez and Wilfried Ndidi, and more than Chelsea midfielder Cesc Fabregas. Amartey remarkably committed no foul during the game and made 3 key interceptions.

The leading newspaper in Leicester, The Leicester Mercury described his performance as his “best performance at right back,” as he exhibited the right balance of attacking and defensive responsibilities, galloping forward occasionally to support Riyad Mahrez and staying put when the need arose.

It's certainly going to take more than one good performance for the Ghanaian to break into the Leicester first team but those who saw his performance on Saturday will agree it was a positive start.