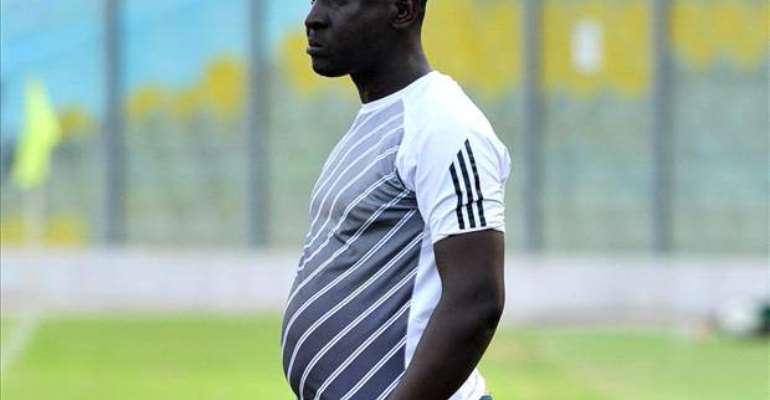 Head coach of Aduana Stars, Yusif Abubakar has attributed his side losing lose to Asante Kotoko on Sunday to poor officiating.

The Premier League Champions were crashed out of the ongoing tournament after they lost by 2:0.

Two stunning goals from Eric Donkor and Kwame Boahene handed the Porcupine Warriors a 2-0 win over Aduana Stars in the last Group-A match of the GHALCA G8 tournament on Sunday.

But according to the former Berekum Chelsea trainer, the match officials are responsible for their loss and blamed them for ruining the beauty of the game.

However, the former Berekum Chelsea trainer believes bad officiating played a key role in his side's drubbing though he later pointed out that Asante Kotoko also suffered from it at some stage in the game.

"It was a very temperamental game with questionable officiating, that's how I'll describe the game. The officiating took away the shine of the performance of the two teams. I'm not saying this on behalf of Aduana to dampen the hard work of Kotoko but if this is how officiating will go then the beauty of the game cannot be described," Abubakar fumed to reporters.

Meanwhile, Asante Kotoko will square off against fiercest adversaries Hearts of Oak in a much-anticipated semifinals clash at the Baba Yara Sports Stadium on Wednesday.