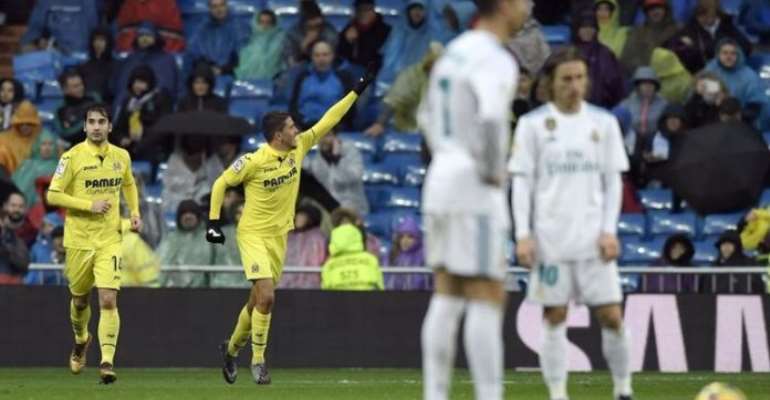 A late Pablo Fornals goal condemned Real to a defeat that leaves them in fourth place, 16 points behind leaders Barcelona with the same number of games played.

As the home side poured forward in search of a winner, they were caught on the break; Fornals chipping in the rebound after Keylor Navas saved from Eres Unal.

Despite racking up 26 shots, Real were well below their best and look a shadow of the side that won a Liga/Champions League double last season.

Real have not won a Liga match in over a month and look more likely to drop out of the Champions League places than get back into the title race.

Akufo-Addo, Ken Take Ghana Back To HIPC – Mahama
10 minutes ago