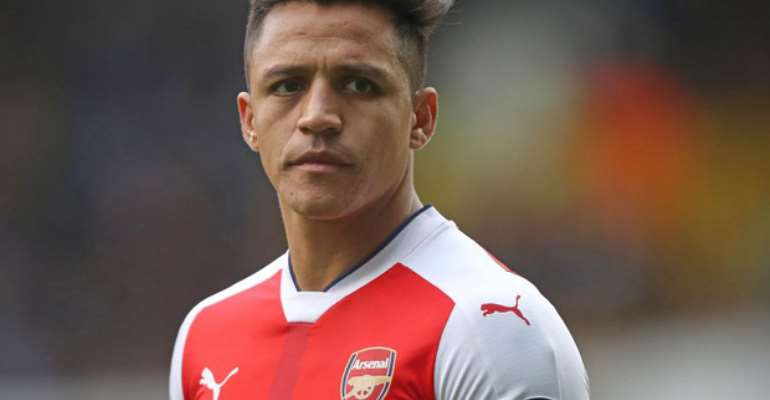 Manchester United have made a sensational attempt to hijack Alexis Sanchez's move to rivals Manchester City.

The transfer saga took a dramatic twist on Thursday when it emerged that United have outbid City for the Arsenal star.

The Premier League leaders are understood to have offered £20million for Sanchez, but United's bid is closer to Arsenal's asking price of £35m. They are also prepared to better City's personal terms of £250,000-a-week.

It's believed that Jose Mourinho is ready to let Henrikh Mkhitaryan move to the Emirates as part of any deal for the Chile international.

United's offer is understood to have been tabled last week but only came to light on Thursday.

The transfer tug of war between the two Manchester giants is reminiscent of their battles to sign Robin van Persie, Samir Nasri and Dimitar Berbatov since the Abu Dhabi takeover of City in 2008.

Despite United's interest, City would still appear to have the upper hand on this occasion.

Sanchez has made no secret of his desire to move to the Etihad and work under his old Barcelona coach Guardiola who has built a formidable squad in his second season in English football.

The 29-year-old would be almost certain to win his first Premier League title this season, with City 15 points clear at the top of the table, and would also be joining one of the Champions League favourites.