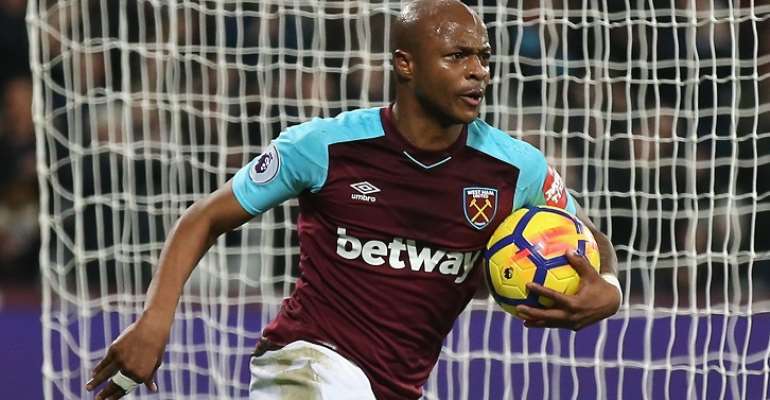 West Ham United will have no hesitation in selling Ghana deputy captain Andre Ayew but will not take anything less than the £20m they paid to Swansea, according to Sky Sports.

Ayew has struggled for form since his big move in the summer of 2016 following a successful debut season in the Premier League with Swansea.

In one and half seasons, Ayew has the same number of goals - 12 - as he scored in a single with Swansea.

And According to reports from Sky Sports, Ayew is in line to leave the Hammers as manager David Moyes appears to be keen on re-shaping the club's attack as he feels the West Ham squad is unbalanced with too many attackers and has already agreed on a fee for the sale of Diafra Sakho to Crystal Palace.

Ayew, along with Andy Carroll and Javier Hernandez, has been offered to clubs as Moyes seeks to restructure his squad.

The former Marseille man has struggled so far this season scoring only 3 goals in his 17 league appearances.