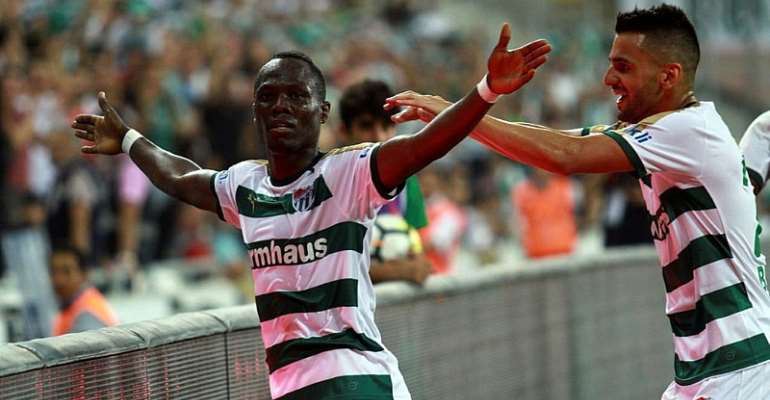 Black Stars midfielder Agyemang Badu has handed Bursaspor a massive boost by ruling out any move from the club in the current window insisting he will see out his stay at the club to the end of the season.

The in-form midfielder, whose massive contribution has seen Bursaspor record a galloping leap from the bottom of the table to 7th at the end of the first round, has pledged his future to the Green Crocodiles.

In an exclusive interview with West Africa's biggest soccer portal, GHANAsoccernet.com, Badu committed his future to Bursaspor until the end of the season.

'The transfer window is opened but I don't see myself moving because I have an unfinished business with Bursaspor,' he said.

'In the last three games, I didn't play due to a slight injury I suffered. So now that I am fit again, I'll return to the club for the rest of the season.

'I'm only hoping for an injury-free season so that we can push the club to a respectable position on the table at the end of the season,' he added.