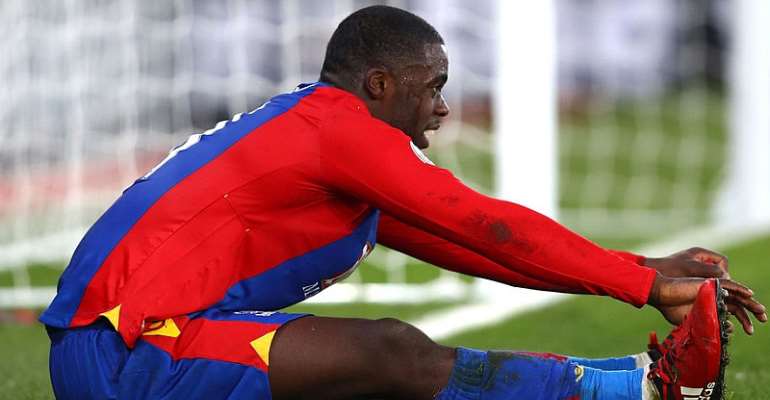 The versatile left wing-back was withdrawn as early as the 13th minute after colliding with Brighton midfielder in the 2nd minute of the game as the Eagles slumped a 2-1 defeat at the Amex Stadium.

'We entered the game with seven players out injured and we were being concerned about our future in the league not to lose any more, so to have two players leave the ground on crutches who have been playing regularly for the last couple of months is the bitterest blow," Hodgson said, as reported by his club's official.

'It's always a blow to lose a game of football, especially when we played better than we had in the first half, but I'd swap virtually any result to make sure that we had Schlupp, Townsend and a few other players available to play in the Premier League games coming up.

'One [Townsend] left on crutches and another [Schlupp] left in a surgical boot, and in my experience that tells me it's not a good sign.

"Townsend hurt his ankle in the first half and he carried on playing but got taken off at half-time, and Schlupp and Izzy Brown had an enormous collision right in the early part of the game.

"It was a fair and brave challenge but it's cost both of them their chance of playing in the next few weeks.'

Mali striker Bakary Sako drew Palace level after Dale Stephens gave Brighton the lead but Glenn Murray scored three minutes to full-time to send the home side to the next round.