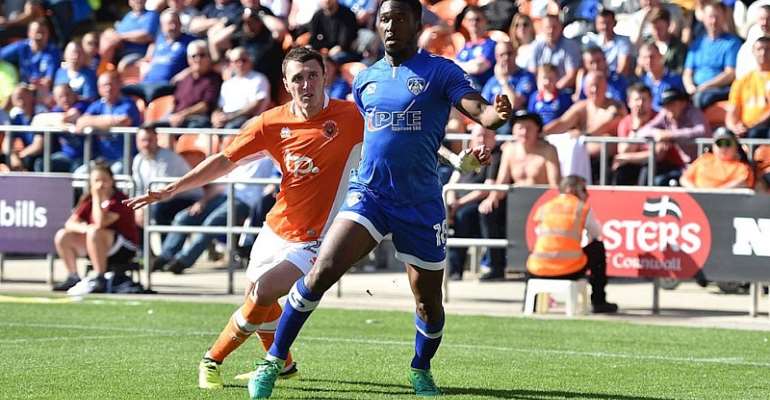 He has signed until the end of the season after the Latics agreed to cancel his contract and could make his debut against Ebbsfleet tonight.

Stones boss Jay Saunders said: "I am delighted to get Darius on board. He's a versatile forward who gives me options in wide positions and down the middle.''

Osei, 22, joined Oldham from Stalybridge Celtic for an undisclosed fee in July 2016.

He made 23 appearances last season and was offered a contract extension.

But a change in management limited his chances and Maidstone made their move.