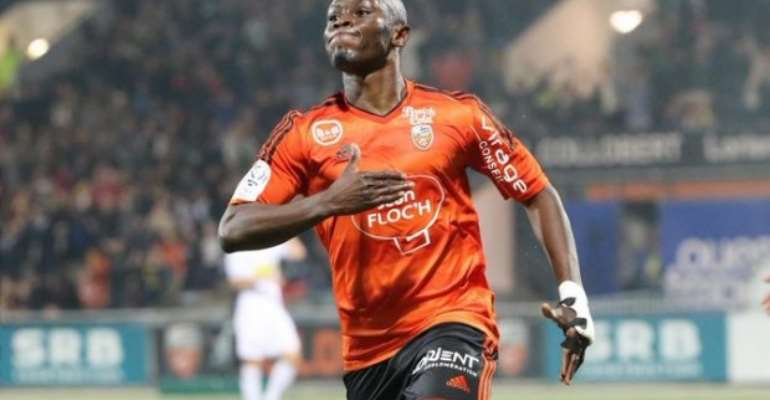 French Ligue 1 side, Caen, have made Ghana forward Majeed Waris one of their top targets for the January transfer window according to reports from L'Equipe.

The French side, who have struggled for goals this season managing only 12 times in their 19 matches so far, have turned their attention towards the 26-year-old explosive forward who is currently with French second division side Lorient.

Waris was the top scorer for Lorient last season in the Ligue 1 with 9 goals as well as contributing 5 assists.

Waris was close to leaving Lorient during the summer window but his proposed move to English Premier League side West Ham United fell through at the last minute.