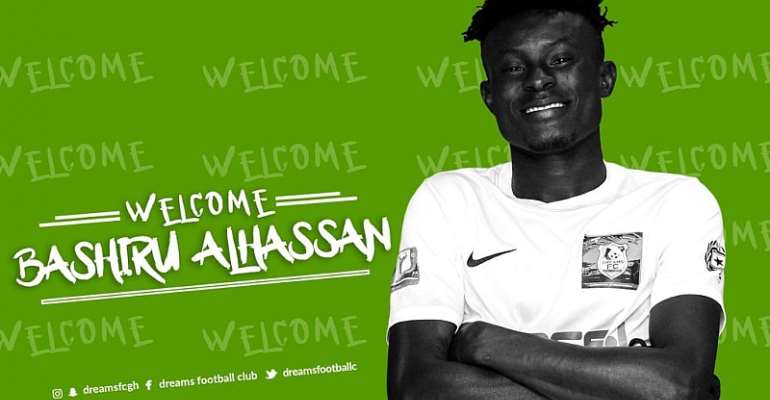 Dreams FC announced midfielder Bashiru Alhassan as their sixth signing of the season at the weekend.

Alhassan penned a four-year contract from Division One League side Mighty Jets.

He had passed the mandatory medical procedure at the Philteng Medical Centre in Accra.

Alhassan made his debut on Saturday in their G8 opener which resulted in a 1-0 defeat to Ghanaian champions Aduana Stars.