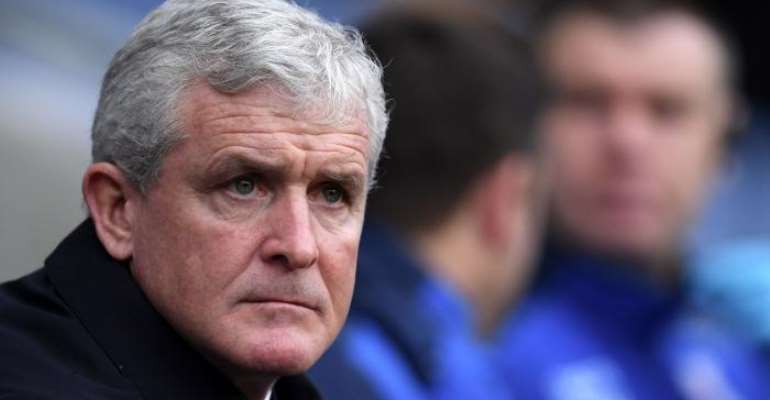 The club decided to sever ties with the former Manchester United forward following the 2-1 FA Cup third round defeat by Coventry.

"Stoke City can confirm that the contract of manager Mark Hughes has been terminated with immediate effect," the club said in a statement on their official Twitter feed.

"We would like to thank Mark for all he has achieved for the club over the last four and a half years, notably in guiding us to three successive ninth places finishes in the Premier League, and we wish him every success for the future.

"The club will look to appoint a new manager as soon as possible and will be making no further comment at this time."

Hughes was appointed at Stoke on May 30, 2013, taking over from fellow Welshman Tony Pulis.

He leaves the club 16th in the Premier League standings and with only one win in their last eight games in all competitions.

Hughes had exactly 200 games in charge of the Potters, following spells in charge of QPR, Fulham, Manchester City, Blackburn and Wales.