There Is No Rivalry Between Me And Salah - Mane 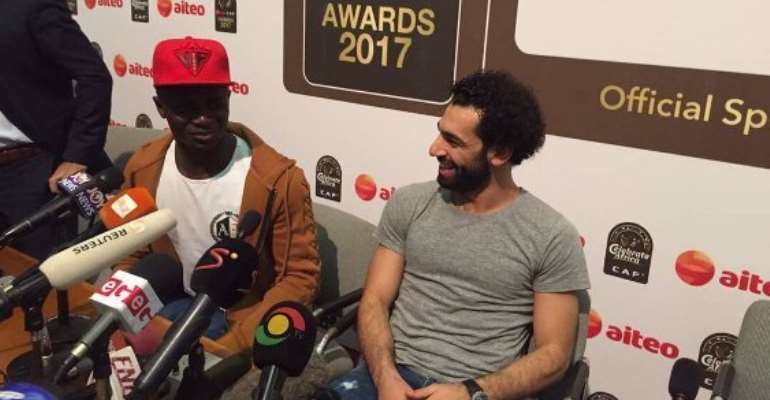 Senegalese international, Sadio Mane has debunked rumours suggesting that there is a rivalry between him and his playmate, Mohammed Salah but have insisted that they have been supportive to each other's course.

The Liverpool duo are in contention for the CAF Africa player of the year award alongside Borussia Dortmund and Gabonese international, Pierre-Emerick Aubameyang.

In a press conference prior to the unveiling of the 2017 CAF African Footballer of the Year, Mane indicated that the Egyptian international has to be like a brother to him since he arrived at Liverpool from AS Roma.

He said: “there is no rivalry between us, we are friends and brothers.”

Salah, on the other hand, said: “Since arriving at Liverpool Sadio has been my friend and he supports me on the field.”

Both players are expected to feature in the FA Cup against Everton on Friday.