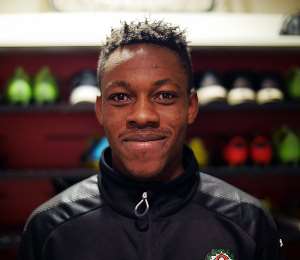 Ghanaian youth star Divine Naah is on trial at Belgian second-tier side Tubize.

Naah, a graduate from the Right To Dream Academy, has been searching for a new club since terminating his contract with Swedish side Orebro last year.

He is owned by English side Manchester City whose parent company City Football Group is on the verge of acquiring Tubize.

Naah had moved to Portuguese side Vitoria Guimaraes and Spanish Segunda B side Formentera fall through.

He has had loan spells at Danish side Nordsjaelland and Dutch side NAC Breda.