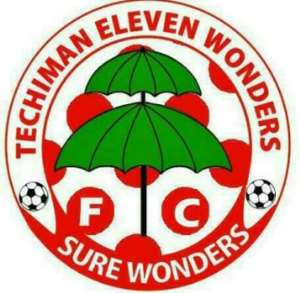 Techiman Eleven Wonders have touched in Kumasi ahead of the GHALCA G8 tournament.

The Premier League debutant have been drawn in Group A alongside Kotoko, Aduana Stars and Dreams FC.

The G8 tournament will kick off on January 10 and it will be staged in Kumasi and Cape Coast.

The newly-promoted Premier League side will engage themselves in some friendly game before the competition begins.

Techiman Eleven Wonders are one of the three newly-promoted sides to play in this year’s competition.