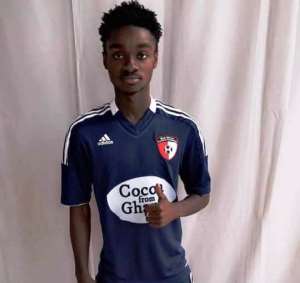 The 20-year-old will be donning the green and yellow jersey for the next three years. He passed medicals and put pen to paper on Sunday.

Boateng became a free agent after his contract with the Academy side expired at the end of the 2016/2017 Ghana Premier League campaign.

He was a target for several Premier League clubs including giants Asante Kotoko.

The youngster who can also play as a fullback managed 16 appearances for WAFA SC last term where he scored only once.