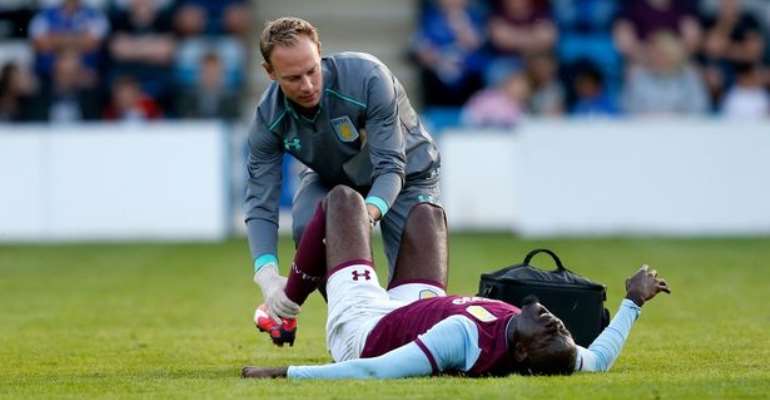 Aston Villa has been dealt an injury blow as star wideman Albert Adomah suffered an injury during his side's 2-1 defeat at Brentford in the English Championship on Tuesday.

The 30-year-old was replaced after just 17 minutes into the game at Griffin Park.

Adomah was kicked in the stomach early on and appeared to be shaken up as Villa's medical team tended to him on the edge of the Bees' box.

The former Middlesbrough winger tried to carry on but had to be replaced less than 10 minutes later.

He is expected to undergo a further test on Wednesday to ascertain the severity of the injury sustained.

The Ghana international has been in superlative form, scoring 11 times in 20 appearances for Steve Bruce's side this term.