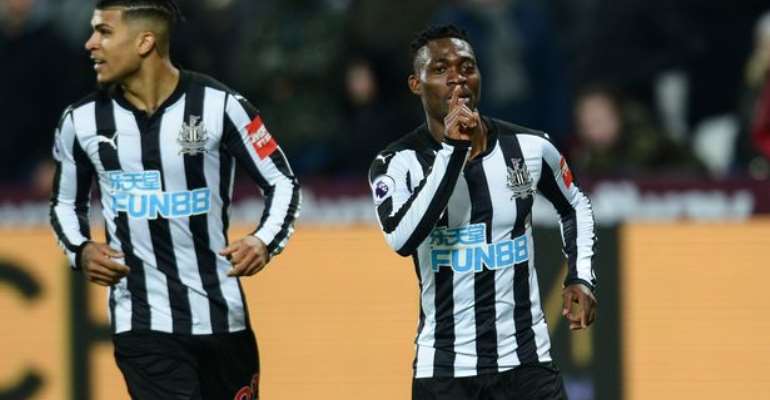 Newcastle United winger, Christian Atsu has heaped praises on his teammates after their win over West Ham on Saturday.

The former Chelsea and FC Porto winger was among the scorers as Newcastle secured a 3-2 win at the London Stadium at the weekend.

The win against the Hammers has lifted the Magpies out of the relegation zone and ended a run of nine games without the victory.

And Atsu believes it is a testament to the belief and togetherness that has been instilled in this Newcastle side.

''Everyone worked really hard and gave everything,'' Atsu explained.

''We wanted to win because we knew what was at stake. We fought so hard to get this win, and I'm very happy.

After missing four games through injury, Atsu has re-established his place in the side and has made a big impact upon his return.

His goal at the weekend proved to be the winner and he admitted he was delighted to have helped the team end their barren run.

''I'm very happy, always, when I do something to help the club. That's my job,'' Atsu added.

''There's nothing to congratulate myself about, but I'm happy for the team and my colleagues. Once again we're happy.''